"Both clinical and real world data have shown that DRG stimulation produces long-term, meaningful pain relief for patients with complex regional pain syndromes – like those resulting after total knee arthroplasty, foot surgery or hernia surgery," said Timothy Deer, M.D., an interventional pain physician, president and chief executive officer of the Spine and Nerve Center of the Virginias in Charleston, West Virginia, and co-principal investigator of the ACCURATE study. "The ability to offer DRG stimulation on the Proclaim platform is a very exciting advancement for those of us who treat patients with these debilitating conditions and want to provide relief from hard-to-treat neuropathic conditions."

According to the National Pain Foundation, one in four people in the world suffers from chronic pain and the condition is a key driver of visits to physician offices and a reduction in quality of life. CRPS is a type of chronic pain caused by a malfunction of the peripheral and central nervous systems due to injury, disease or trauma. The condition is one of the most difficult types of pain to treat because of its complexity in intensity and location.

Since Abbott's DRG therapy originally launched in the U.S. in 2016, adoption of the therapy has accelerated quickly and has been well received by patients in need of targeted stimulation that can address pain associated with CRPS. To date, implants have been performed by more than 540 physicians in all 50 states.

To provide the most user-friendly experience, the Proclaim DRG Neurostimulator System also utilizes an iPod touch‡ mobile digital device as the system's patient controller communicates wirelessly via Bluetooth® wireless technology. The first generation DRG system, known as the Axium™ Neurostimulator System, used a larger controller that did not have Bluetooth® wireless technology.

Note: ‡ Indicates a third party trademark, which is property of its respective owner.
Bluetooth is a registered trademark of Bluetooth SIG, Inc.

About Abbott's Chronic Pain Portfolio:
Chronic pain affects approximately 1.5 billion people worldwide, more than heart disease, cancer and diabetes combined. The condition can negatively impact personal relationships, work productivity and a patient's daily routine. Abbott is a global leader in the development of chronic pain therapy solutions and the only medical device manufacturer in the world to offer radiofrequency ablation (RFA) and spinal cord stimulation (SCS) therapy solutions including BurstDR™ stimulation and stimulation of the dorsal root ganglion (DRG) for the treatment of chronic pain.

About Abbott:
At Abbott, we're committed to helping people live their best possible life through the power of health. For more than 125 years, we've brought new products and technologies to the world — in nutrition, diagnostics, medical devices and branded generic pharmaceuticals — that create more possibilities for more people at all stages of life. Today, 94,000 of us are working to help people live not just longer, but better, in the more than 150 countries we serve. 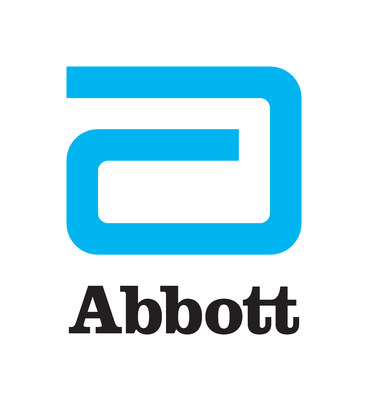