An arrhythmia is an abnormal heart rhythm that can lead to symptoms such as the feeling that the heart is racing, dizziness, shortness of breath or fainting. Living with an irregular heartbeat can lead to constant questions for people battling symptoms. For the 33.5 million people living with atrial fibrillation (AFib)—the most common arrhythmia—many do not even know they have the condition.

Abbott's Confirm Rx ICM is helping advance how physicians remotely monitor arrhythmias in people most at risk. Inserted just under the skin in the chest above the heart during a quick, minimally invasive outpatient procedure, the Confirm Rx ICM device is the only ICM on the market that syncs to a smartphone via Bluetooth® and transmits information to the physician to help identify irregular heartbeats quickly. Abbott's mobile app eliminates the need for an additional transmitter and is user-friendly health technology translated in nearly 40 languages.

Wearables used to track cardiac arrhythmias have limitations when it comes to making a clinical diagnosis. Many require recharging at night, which can lead to missing irregular heartbeats that may occur sporadically and infrequently. Others require some level of interaction by the person to record symptoms, which may not be top of mind when feeling light headed, dizzy or experiencing a rapid heart rate.

"The rise in health monitoring has undoubtedly increased awareness of arrhythmias such as AFib, but many of these devices still aren't leading to an improved diagnosis or solving the key clinical challenges for people at risk," said Sean Beinart, M.D., a cardiologist with Adventist Healthcare in Rockville, Md. "Like a guardian for heart health, Confirm Rx ICM can relay important data about a person's heart rhythm through their smartphone and alert their care team to a potentially dangerous heart event. With Abbott's new technology, I can better identify risk—making it actionable for me and life-changing for my patient."

A Smarter Approach to Cardiac Monitoring
Unlike other monitoring technology that can lead to gaps in arrhythmia detection, Confirm Rx ICM provides continuous 24/7 monitoring. The new detection technology in Confirm Rx ICM reduces false detection by 97 percent and avoids alerting physicians of irregular heartbeats that may not actually signal a cardiac arrhythmia.

The next-generation version of Abbott's Confirm Rx ICM incorporates new SharpSense™ technology, which was designed with physician feedback and insights from the people who have benefited from the Confirm Rx ICM since it was first commercialized in 2017.

Becca's Heart Story
Approximately 6 million Americans are afflicted with irregular heartbeats, including 28-year-old Becca Bartling. Choosing Abbott's Confirm Rx ICM meant that she could continue doing yoga, mountain biking and managing a resort on her family's 4th generation cranberry farm in rural Manitowish Waters, Wis. Becca said she chose Confirm Rx ICM for its convenience as there's no need for additional monitoring equipment or a recharging station. There is also no need to rely on the patient to take action, carry a remote or go to sleep next to a separate bedside transmitter. After hearing that her Confirm Rx device would be compatible with an app on her phone, she immediately told her doctor: "I definitely want the Confirm Rx, I want that one. This device is a better option because of my lifestyle."

David Bartling, Becca's husband, recalled a fainting episode during the first week of having the device. "It was the scariest thing that I saw when she would just seem fine and the next thing you know she passed out," David said. "The Confirm Rx helped us feel comfortable with getting answers we were looking for. It's reassuring because it's simple, small and new technology." Becca's physician took the data and was able to quickly identify the cause of her fainting: bradycardia, which means her heart was beating too slowly and causing her to pass out. After her accurate diagnosis with the help of Confirm Rx ICM, Becca received an Abbott pacemaker to manage her condition and allow her to return to harvesting the cranberry farm and leading a fuller life.

Note: Bluetooth is a registered trademark of Bluetooth SIG, Inc.

About Abbott
Abbott is a global healthcare leader that helps people live more fully at all stages of life. Our portfolio of life-changing technologies spans the spectrum of healthcare, with leading businesses and products in diagnostics, medical devices, nutritionals and branded generic medicines. Our 103,000 colleagues serve people in more than 160 countries. 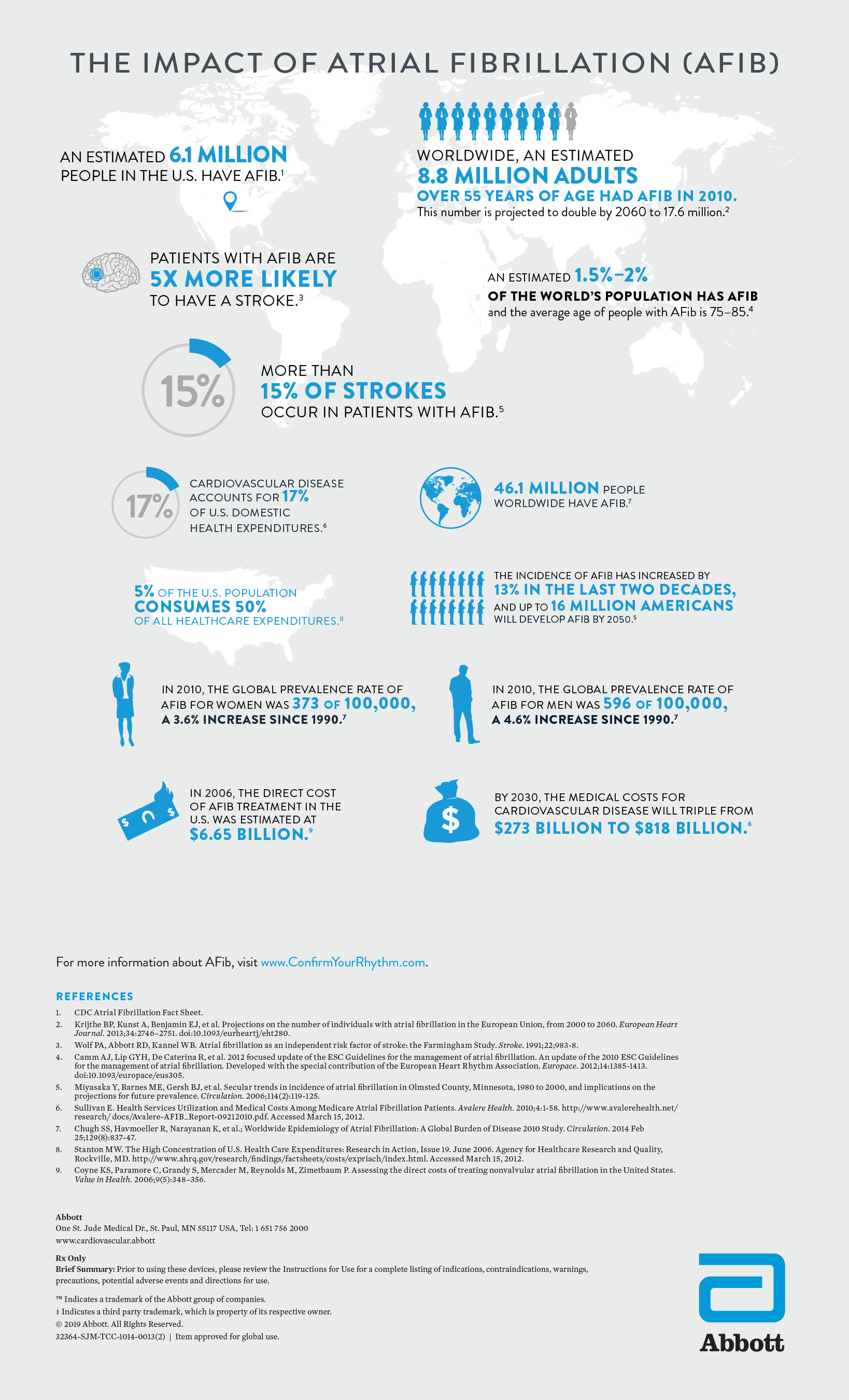 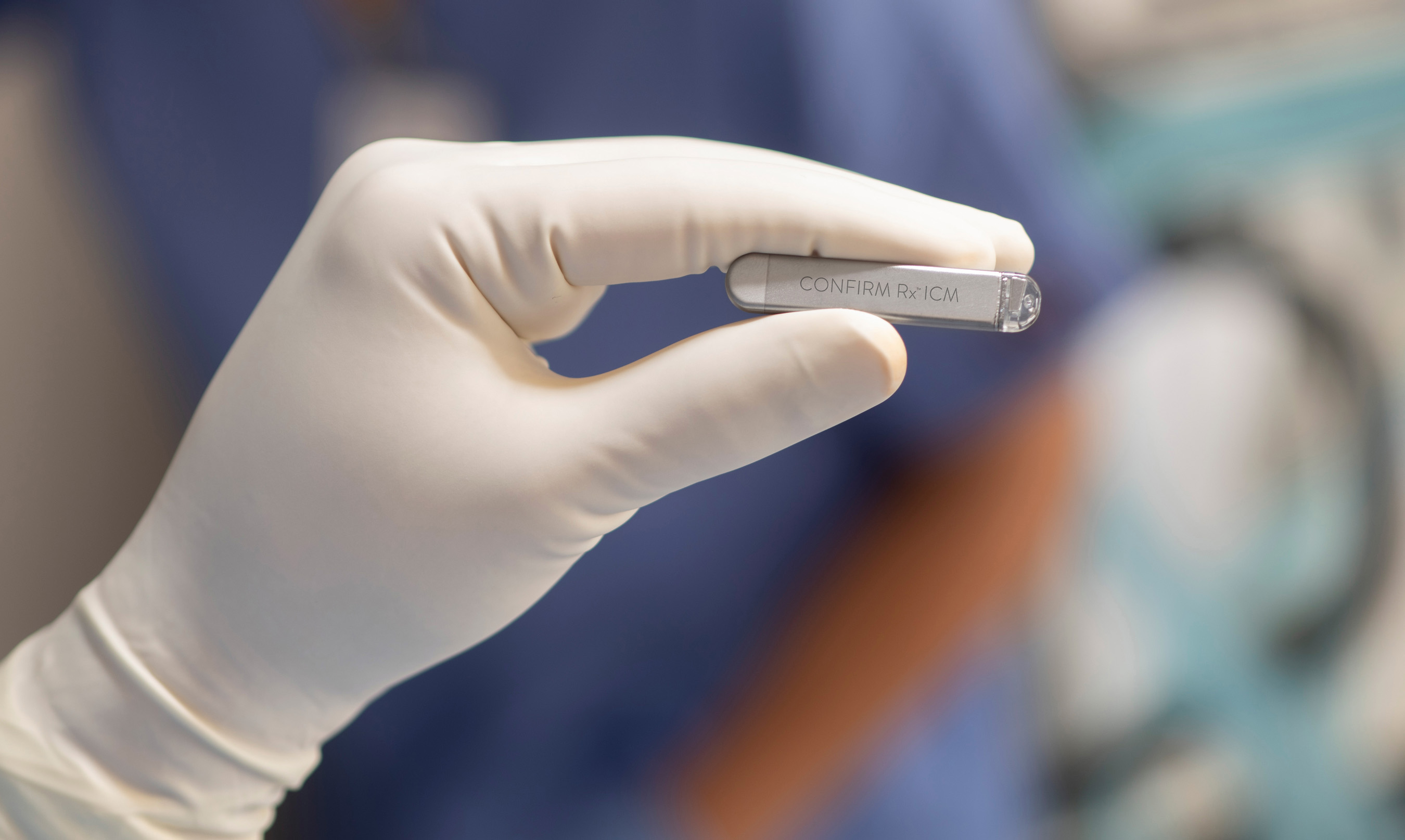 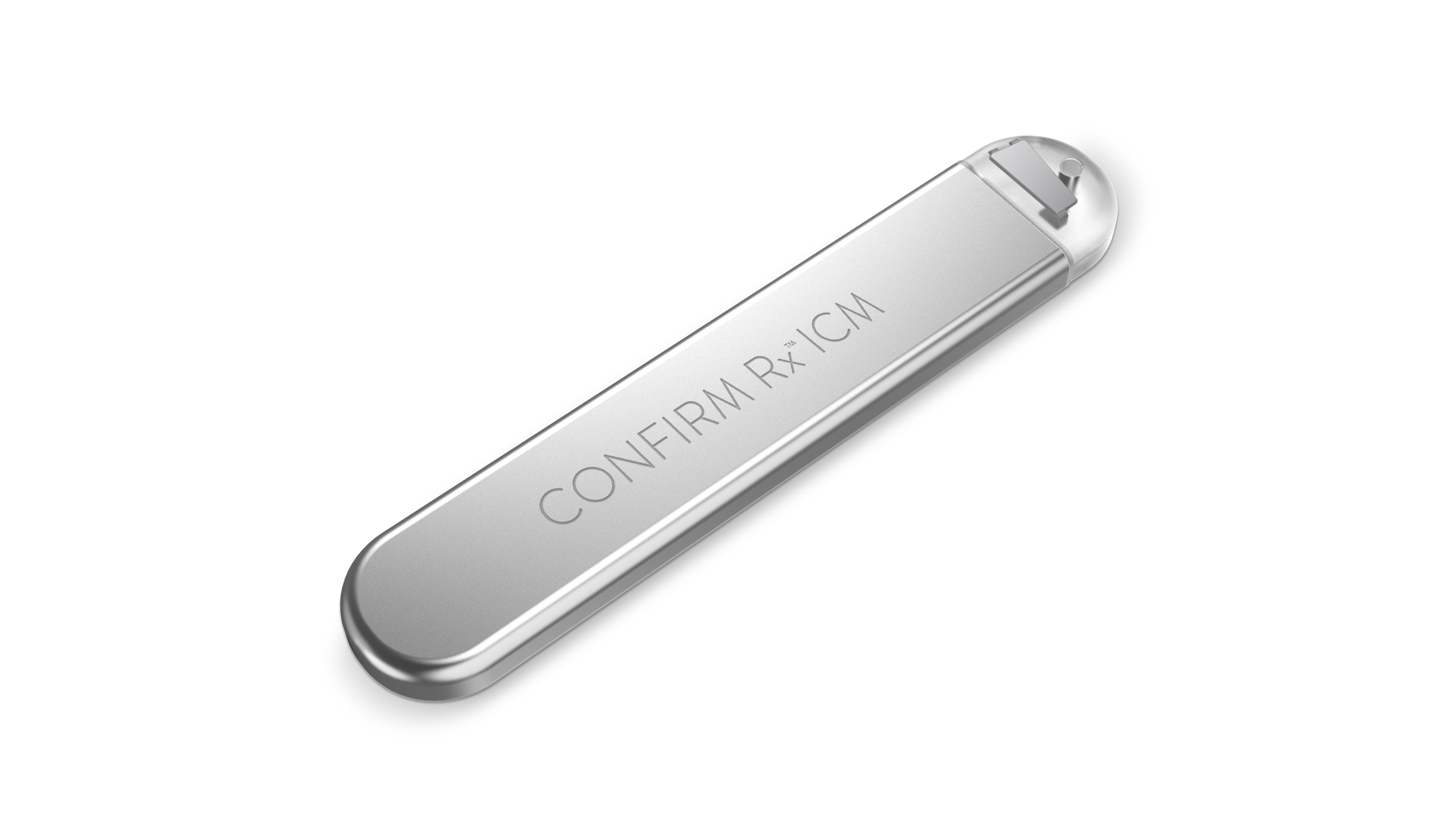 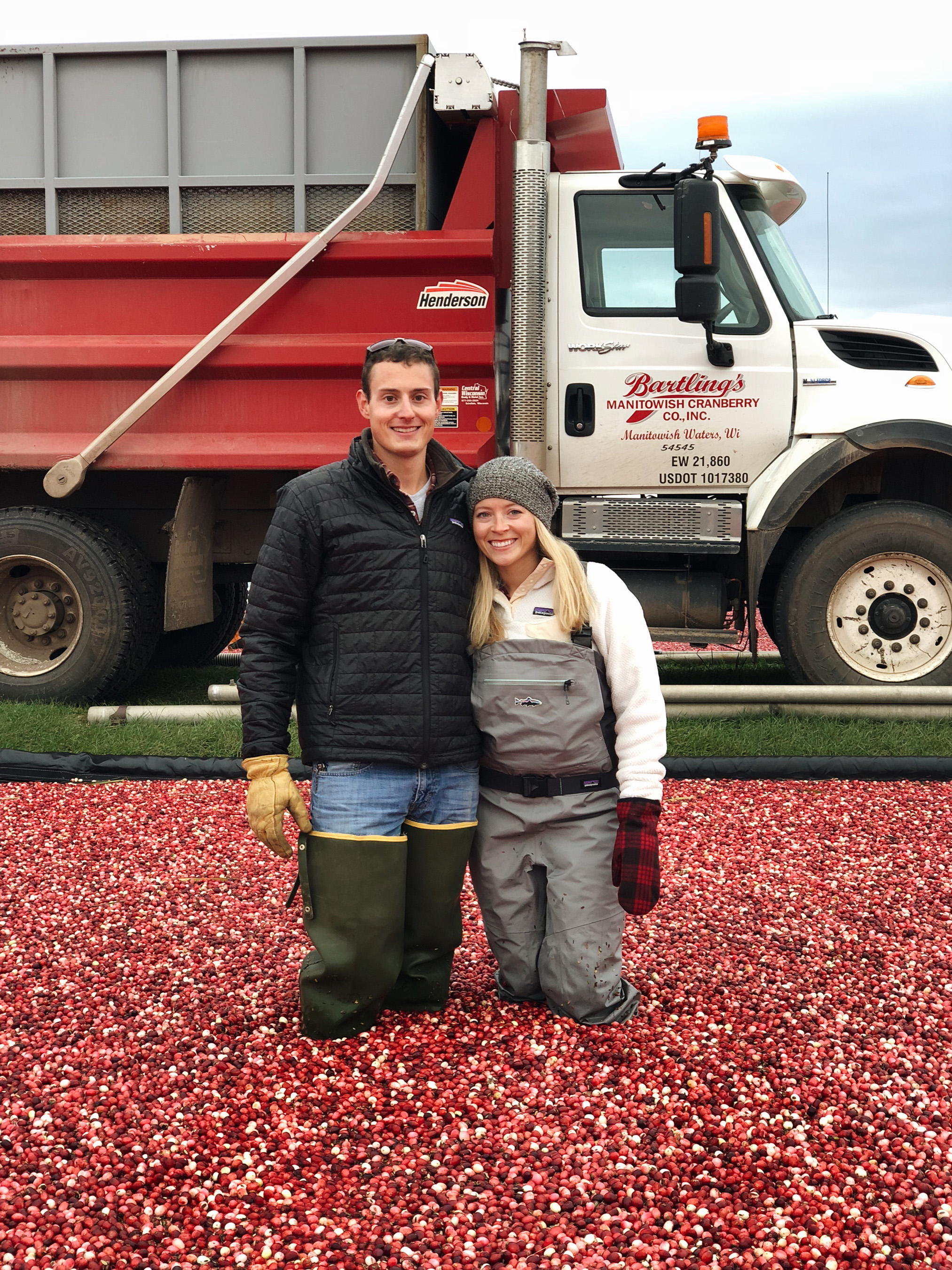 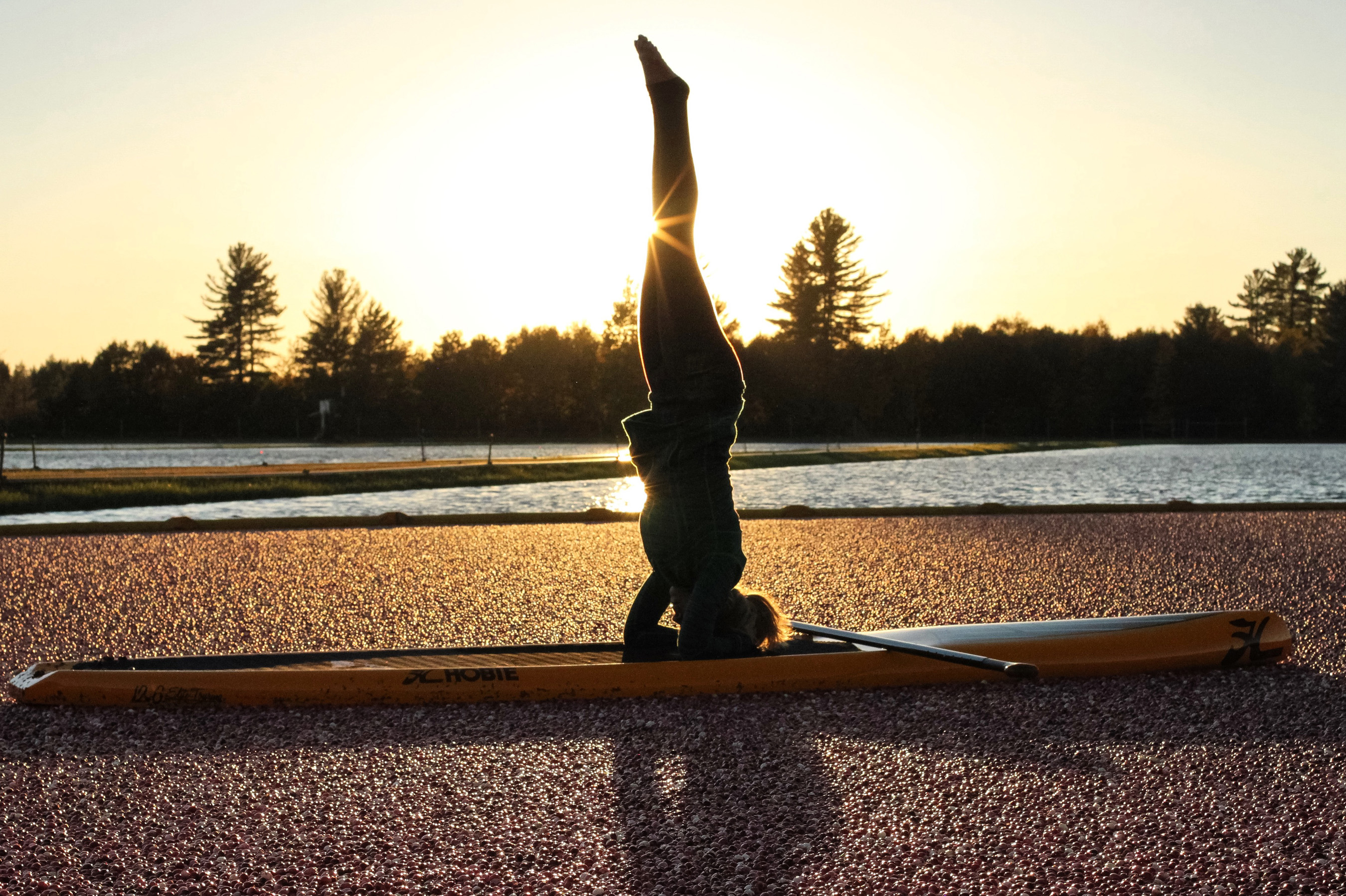