BACK TO PRESS RELEASES
Abbott Launches Third COVID-19 Test, a Laboratory-Based Antibody Blood Test That Will Ship in the U.S. Starting Tomorrow
- This adds to Abbott's previously announced COVID-19 molecular tests: the m2000™ lab-based test and ID NOW™ rapid point-of-care test
- New antibody test will run on Abbott's ARCHITECT® i1000SR and i2000SR laboratory instruments and will expand to its new Alinity™ i system
- Abbott begins shipping tomorrow and intends to distribute 4 million tests in April, ramping to 20 million in the U.S. per month in June and beyond
CLOSE

ABBOTT PARK, Ill., April 15, 2020 /PRNewswire/ -- Abbott (NYSE: ABT) announced today the launch of its third COVID-19 test, a lab-based serology blood test for the detection of the antibody, IgG, that identifies if a person has had the novel coronavirus (COVID-19). Antibody testing is an important next step to tell if someone has been previously infected. It will provide more understanding of the virus, including how long antibodies stay in the body and if they provide immunity. This type of knowledge could help support the development of treatments and vaccines. 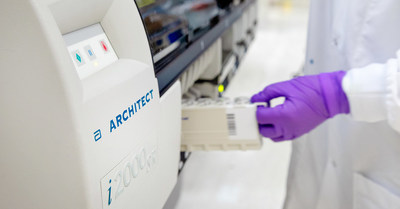 This antibody test adds to Abbott's existing COVID-19 tests that are already being used, including its m2000™ molecular laboratory system and its ID NOW™ molecular point-of-care device.

"We continue to contribute in a significant and meaningful way by providing new solutions across our diagnostics testing platforms," said Robert B. Ford, president and chief executive officer, Abbott. "I'm extremely proud of the many Abbott people who are working around the clock to get as many tests as we can to healthcare workers and patients."

Antibody tests to expand testing and help healthcare workers
While molecular testing detects whether someone has the virus, antibody tests determine if someone was previously infected.

Abbott's SARS-CoV-2 IgG test identifies the IgG antibody, which is a protein that the body produces in the late stages of infection and may remain for up to months and possibly years after a person has recovered. Abbott's IgG antibody test will initially be available on its ARCHITECT® i1000SR and i2000SR laboratory instruments*. More than 2,000 of these instruments are in use in U.S. laboratories. These instruments can run up to 100-200 tests per hour.

Abbott is making the test available as part of the U.S. Food and Drug Administration (FDA) notification without an Emergency Use Authorization (EUA) pathway outlined in Policy for Diagnostic Tests for Coronavirus Disease-2019 during the Public Health Emergency. Additionally, Abbott plans to file an EUA submission with the FDA and plans to CE Mark to the IVD Directive (98/79/EC) in the European Union.

Abbott is significantly scaling up its manufacturing for antibody testing and is expecting to immediately ship close to 1 million tests this week to U.S. customers, and will ship a total of 4 million tests in total for April. The company is ramping up to 20 million tests in the U.S. in June and beyond as it expands the tests to run on its new Alinity™ i system. Abbott also will be expanding its laboratory antibody testing to the detection of the antibody, IgM, in the near future.

About Abbott
Abbott is a global healthcare leader that helps people live more fully at all stages of life. Our portfolio of life-changing technologies spans the spectrum of healthcare, with leading businesses and products in diagnostics, medical devices, nutritionals and branded generic medicines. Our 107,000 colleagues serve people in more than 160 countries. 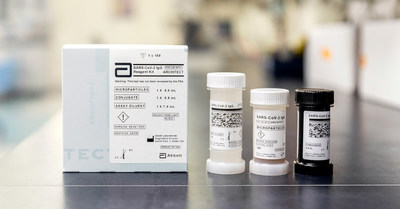 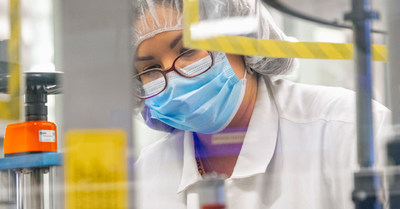