BACK TO PRESS RELEASES
Abbott and the Brain Injury Association of America launch Concussion Awareness Now coalition; team up with Rebel Wilson to raise awareness on seriousness of concussions 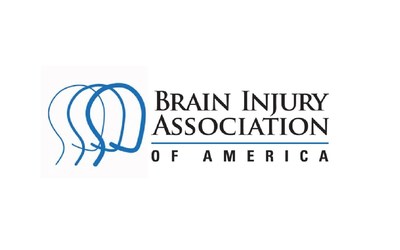 ABBOTT PARK, Ill., and WASHINGTON, Dec. 13, 2022 /PRNewswire/ -- Abbott (NYSE: ABT) and the Brain Injury Association of America announced today they have cofounded a coalition of nearly 20 advocacy groups, and are teaming up with acclaimed actress, comedian, writer and producer Rebel Wilson to raise awareness of the seriousness of concussions.

The coalition, called Concussion Awareness Now, will produce educational campaigns and other awareness efforts focused on seeking care for a possible concussion.  According to a recent coalition survey, over half of people who suspect they have a concussion never get it checked. With blows to the head, phrases like "tough it out" and "walk it off" are the norm. And while that kind of direction may be appropriate for a skinned knee, it's never the answer for a potential brain injury.

Wilson is sharing her personal concussion story as part of the coalition's debut campaign. She suffered a concussion after slipping on wet grass while filming a movie.

"People often believe only athletes and stunt doubles get concussions," Wilson said. "But in reality, concussions are almost always everyday accidents like whacking my head when I fell down a hill."

Wilson did seek care after her injury on set and is passionate about raising awareness about the importance of concussion care.

"Concussions can be invisible injuries, with the true impact hidden beneath," said Dr. Beth McQuiston, medical director in Abbott's diagnostics business and board-certified neurologist. "Your brain impacts every aspect of who you are, which is why it's so important to understand that concussions are serious injuries, and that they require a diagnosis and care."

There are many misconceptions around concussions. In a coalition survey of 3,000 people conducted last month, 84% of people falsely believed athletes are most at risk for concussion (about 3% of concussions that present to the emergency room are a result of sports injuries). Furthermore, 56% indicated that they believed you have to hit your head to sustain a concussion, when in fact concussions can occur after blasts or whiplash (commonly in car accidents) as well.

Concussion Awareness Now brings together nearly 20 groups in the brain injury space.  They represent people who have sustained brain injuries, their caregivers and those who treat brain injury, from veterans, older adults and victims of domestic violence to emergency care physicians, physicians' assistants and urgent care centers to athletic trainers.

"With Concussion Awareness Now, we have no small goal," said Susan Connors, chief executive officer of the Brain Injury Association of America. "We want to change the societal norm about concussions so that when you sustain a potentially serious hit or jolt to your head, or your loved one does, you won't hesitate to get it checked and get on the right path to the best possible care."

To learn more about the coalition and its cause, please visit ConcussionAwarenessNow.org. Concussion Awareness Now members include:

About the Brain Injury Association of America

The Brain Injury Association of America is the country's oldest and largest nationwide brain injury advocacy organization. Our mission is to advance awareness, research, treatment, and education and to improve the quality of life for all people affected by brain injury. We are dedicated to increasing access to quality health care and raising awareness and understanding of brain injury.

Abbott is a global healthcare leader that helps people live more fully at all stages of life. Our portfolio of life-changing technologies spans the spectrum of healthcare, with leading businesses and products in diagnostics, medical devices, nutritionals and branded generic medicines. Our 113,000 colleagues serve people in more than 160 countries.

Connect with us at www.abbott.com, on LinkedIn at www.linkedin.com/company/abbott-/, on Facebook at www.facebook.com/Abbott and on Twitter @AbbottNews.